(Please forgive the fact that this post has no featured image, Picmonkey decided that it didn’t like me, and Canva did the same. I’m working on it, though!)

Do any of you know what yesterday was? No? It was International Talk Like A Pirate Day, of course!

What? None of you know what that is? *gasp* Clearly making this post was a good idea.

International Talk Like A Pirate Day is what it sounds like: a day that you talk like a pirate on. And it is sadly not very well known. Or if it is, then not many people participate in it.

So, I’m going to give you five reasons why you should celebrate Talk Like A Pirate Day! (Expect Jack Sparrow memes, a lot of them. Actually, this needs a warning.)

WARNING! IN THE FOLLOWING REASONS, THERE WILL BE AT LEAST ONE MEME PER REASON. BEWARE!

It’s so much fun! I mean, who wouldn’t want to go around talking like a pirate all day? Especially Pirates of the Caribbean fans! And it’s even more fun when you dress up like a pirate, too! Think about it, you walk into the store, and people who don’t know it’s Talk Like A Pirate Day stare.

And for non shy people, or people like me, who are shy but like *cough cough* showing off their cosplays, this is a perfect time to do that.

And for your entertainment, here is a Jack Sparrow meme for bookworms. And PotC fans. 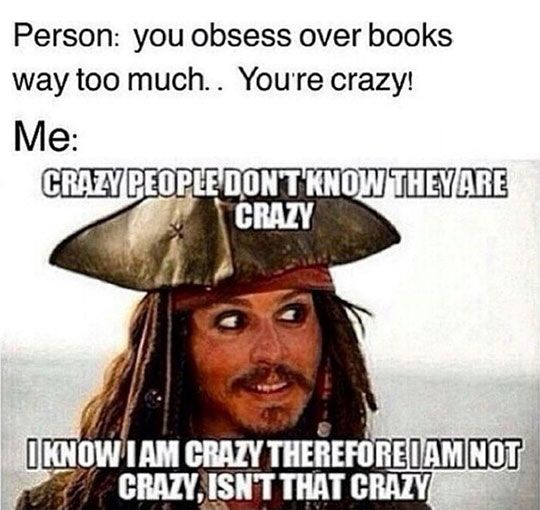 You get to wear a pirate hat! And that is a great honor.

Did you know that pirate hats are very particular about whom (who?) they let wear them? 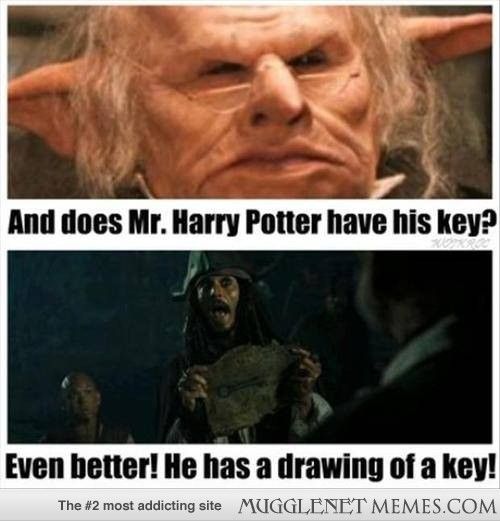 What do I mean by free stuff? Well, some places give away free things when you talk or dress like a pirate on Talk Like A Pirate Day!

Krispy Kreme used to give away free doughnuts to those who talked like a pirate, but I think they didn’t do that this year.

However, I think some other places did, and who knows what next year will bring, anyways?

LOOK! IT’S THE FAMOUS I’VE GOT A JAR OF DIRT GIF!

I love the expressions on Will and Elizabeth’s faces. XDD

Fact time! Did you know that that scene was unscripted? Yes, the look on the actors faces are real, they did not know what was happening.

Pirates of the Caribbean fans get a chance to cosplay as their favorite PotC character!

AND, as an added bonus, they get a great excuse to rewatch all the PotC movies!

Look! Another GIF! That’s a record for me!

You get to call yourself Captain, of course!

For instance, you could introduce yourself like this: “Hi, I’m Captain *name*!”

And that is very cool. 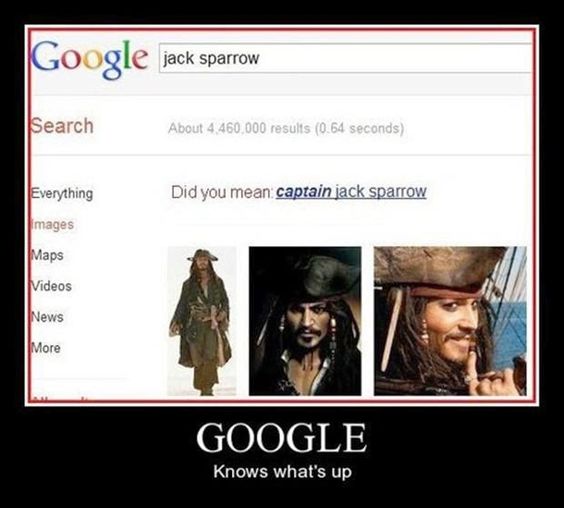 What did you think of this post? Was it too Jack Sparrowish? Will you be celebrating the next Talk Like a Pirate Day? Did you celebrate it yesterday?

17 thoughts on “Arrrrrr!- A Post Designed To Educate You On A Day That Should Be More Well Known”